We expect next week’s Canadian inflation report to show that the main price rise jumped to 3.3% in April, partly reflecting lower bases last year as the economy closed. Energy prices in particular suppressed a downturn last spring, but recovered so much that gasoline prices rose 60% year-on-year in April. The Bank of Canada will look at temporary energy price swings, but signs of emerging underlying inflationary pressures will be more heeded. And we expect to see some of that in the report next week.

Wider measures of entry prices have climbed in recent months. Raw material prices have risen for some products, and companies in the Canadian industrial sector have delivered those costs with industrial product prices also sharply. However, it usually takes time for higher input costs to operate through production chains and into consumers ’purchase prices. So far these price pressures have appeared more in Canadian export prices than domestic prices, with the exception of a handful of exceptions such as much higher timber prices. A stronger Canadian dollar probably offset some short-term cost pressure on traders. The price of imports of consumer goods fell by almost 7% from a year ago in March.

Another concern is how quickly domestic demand could rebound after the economy begins to reopen. Some services were largely unavailable over the past year, and the price at which those services reopen could have a significant short-term impact on inflation measures. In Canada, COVID retention resources were still widely available in April, but prices in the U.S. rose sharply as the economy began to reopen. We expect underlying inflationary pressures in Canada to consolidate as the year progresses, supported by a rapid recovery in consumer demand. 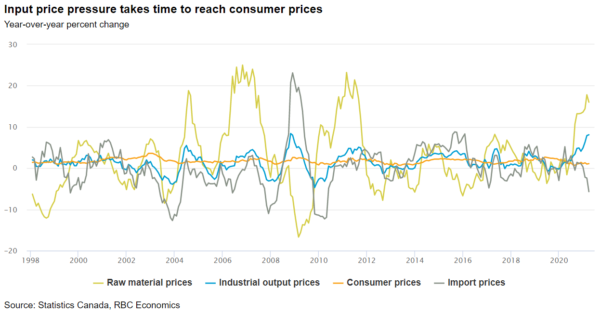 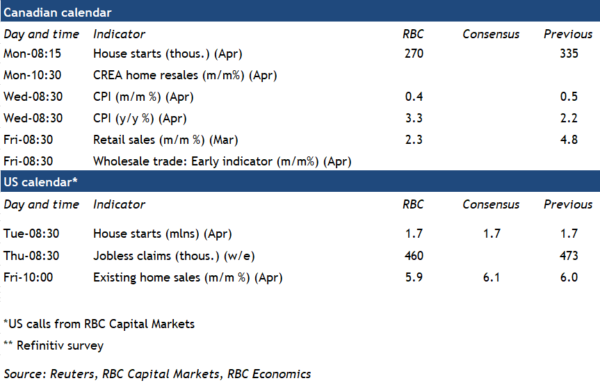