Rally in wave (B) is in progress to correct a cycle from the peak of October 29 before a pair resumes lower. An inner wave (B) develops like a zigzag Elliott Wave structure. Next, expect a pair to soon end wave A of this zigzag, then it should retreat into wave B to correct the December 4, 2021 accumulation low before a pair resumes higher. Nearby, as long as a pivot at 0.699 low remains intact, expect specs to find support in a 3, 7 or 11 swing for more upside. 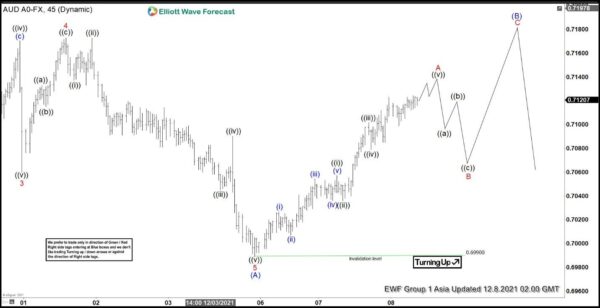