Thus, the EURUSD has reached one of its most important historical milestones, even more important than the euro/dollar parity. 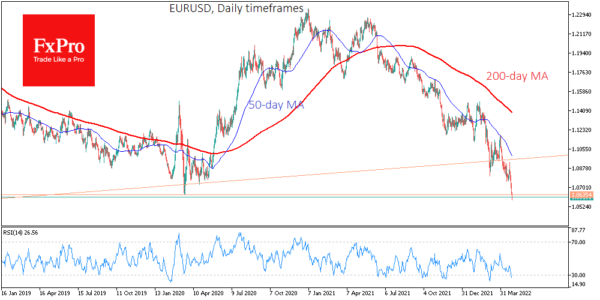 On the monthly charts, the EURUSD is consolidating below the ultra-long term uptrend line dating back to 1971, including passing near the lows of 2000-2002, 2016 and 2020. We could see a furious selloff in the single currency without a sharp rebound in the pair over the next couple of weeks.

On the sellers’ side, there is a sharply slipping economic mood. A new survey by Germany’s GfK noted the worst consumer sentiment in history, even worse than at the lowest point of the pandemic.

Consumers are reducing their income expectations and sharply increasing their propensity to save. This consumer sentiment works against economic recovery as it reduces consumer spending and hence corporate and government revenues.

Potentially for the debt-burdened Eurozone, this is a bad sign because the currency’s weakness leads to higher bond yields and makes debt service even more expensive. This is especially true for Greece and Italy, and several other countries. 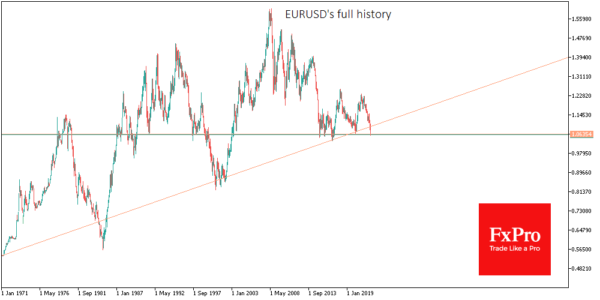 BoC Rates Could Alter The Trend on USDCAD and Others