U.S. equities removed some of the gains made on Monday as investors continue to worry about corporate income. Social media shares like Snap and Pinterest crashed by more than 20% after Snap warned of trends in the advertising business. Advertising companies such as Trade Desk, Digital Turnbine and Omnicon have declined sharply. Similarly, Abercrombie & Fitch declined sharply as investors became concerned about its weak earnings. The next major corporate revenue to watch today will be Nvidia, Snowflake and Box will release their results later today.

The US dollar rose slightly after Jerome Powell’s sharp statement. As he did last week, the Fed chair warned that the bank will continue to raise interest rates in the coming months. It also rose even after the relatively weak new home sales numbers. The numbers showed new home sales fell 16.6% in April. They fell from 709k to 591k, which was lower than the median estimate of 750k. This trend occurred while mortgage rates continued to rise. Further data showed that the country’s manufacturing PMI decreased from 59.2 to 57.2. The next key driver will be the minutes of the Federal Reserve.

The New Zealand dollar rose slightly on Wednesday morning following the latest interest rate decision by the country’s central bank. It has decided to raise interest rates by 0.50% to 2% in its bid to fight inflation. It also signaled that it will continue to raise interest rates in the coming months. This view is in line with what other central banks such as the Fed and the Bank of England are doing. The next key economic numbers to watch will be the German and Mexican GDP data. The United States will also publish the latest orders for core durable goods and inventories of crude oil.

The EURUSD pair has been on a strong bullish trend in recent days. The pair managed to move above the major resistance at 1.0646, which was the highest level on May 5th. It is supported by the 25-day and 50-day moving averages. At the same time, the Relative Strength Index (RSI) and the Stochastic Oscillator continued to rise. Therefore, the pair is likely to continue to rise as bulls target the key resistance level at 1.0800. 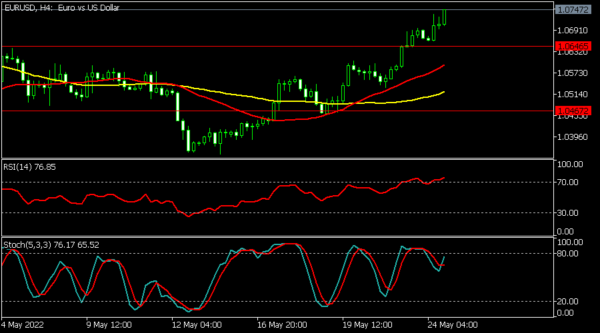 The EURCHF pair has been moving upwards in recent days. It is trading at 1.0311, which is slightly above the key support level at 1.0250. A closer look shows that the pair has formed a bearish flag pattern, which is usually a bearish signal. The Relative Strength Index moved slightly below the neutral point at 50 while the Stochastic Oscillator moved down. The pair is likely to have a bearish breakup soon. 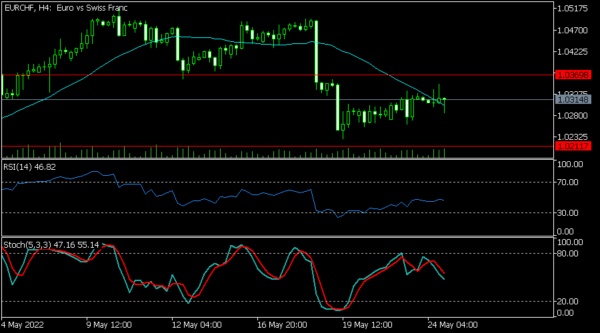 The Nasdaq 100 index came under intense pressure as investors concentrated on Snap’s weak leadership. The index is trading at $ 11,750, which is slightly above the current low. On the four-hour chart, the index is between the descending channel shown in blue. The Relative Strength Index has moved to the neutral level at 50. The index is likely to continue to fall as bears target the key support level at $ 11,200. 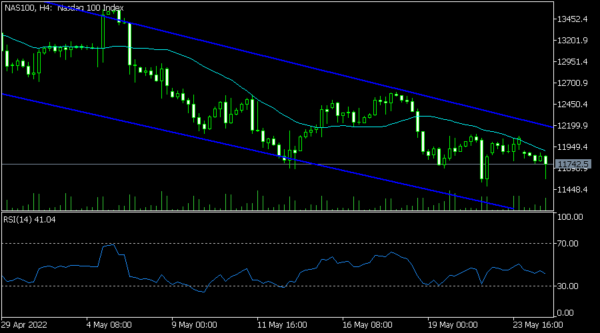