The Japanese yen made marginal gains against the greenback today following the Bank of Japan (BoJ) meeting minutes and key economic data – see calendar below. Later today we look forward to several Fed speakers which should provide some currency volatility across USD pairs. 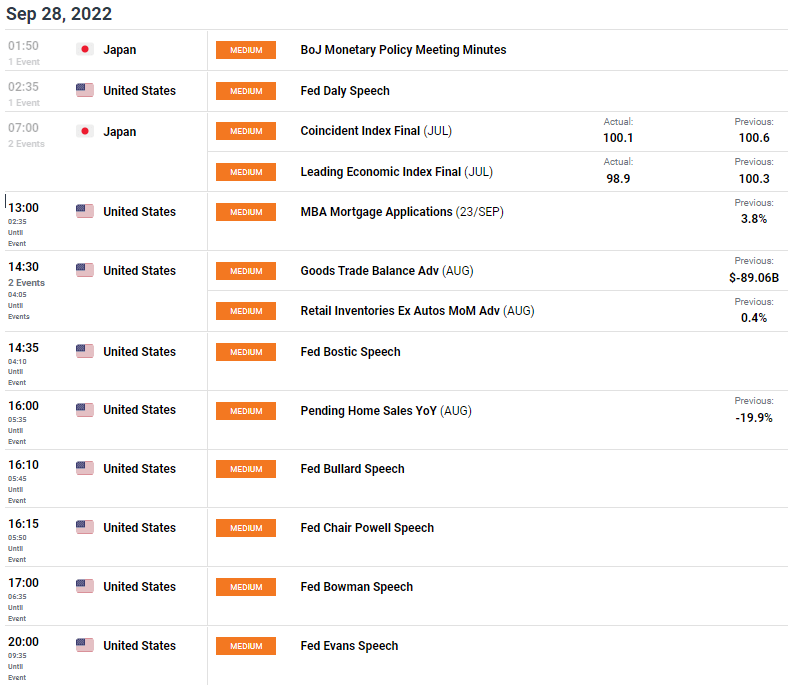 Earlier this morning the BoJ meeting minutes revealed concern about Japan’s rising inflation (now above the 2% target) and a weakening yen as shown in the figure below. While this is worrying, there has been no pressure to raise interest rates and/or change the current loose monetary policy stance, but rather to place hope on a global recession to support the current policies of the Yen and BoJ. This includes Yield Curve Control (YCC), which aims to maintain a certain yield for Japanese Government Bonds (JGBs).

The initial goal for YCC was to promote inflation in Japan (coinciding with Yen weakness) which had been in a deflationary environment for many years. Now with inflation exceeding their targets, the purchase of bonds and therefore the sale of JPY in what is an inflationary environment, serves an exponential weakening of the local currency. Does the BoJ need to change its policy stance or change the dynamics of YCC? I believe this should be the case and given the fact that Bank of Japan Governor Haruhiko Kuroda will be leaving next April, this potential change needs to be explored further. In short, a continuation of YCC will leave JPY exposed to further downside and vice versa. 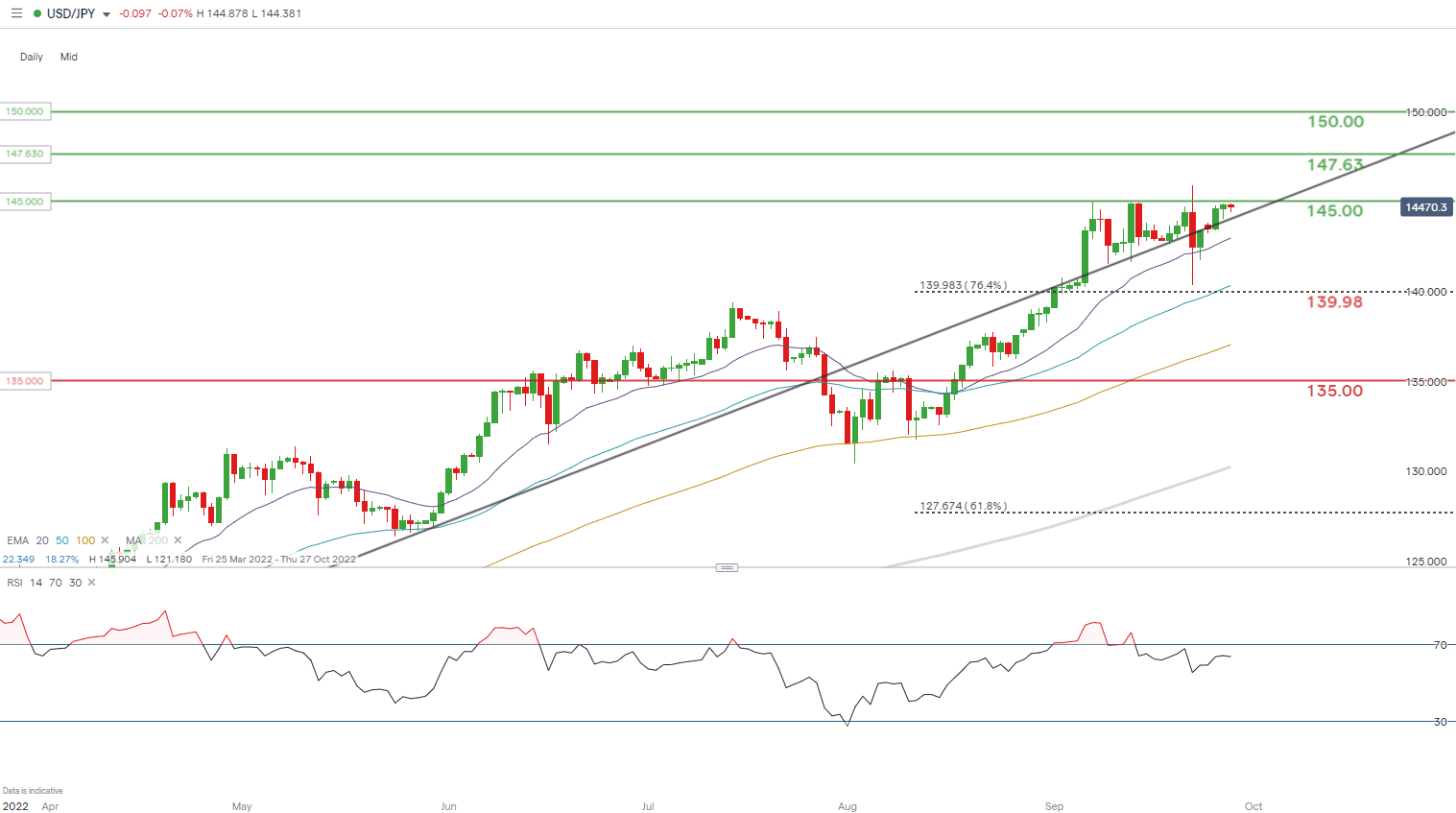 The daily USD/JPY chart shows the 145.00 psychological resistance level under threat again after last week’s FX intervention. This level is likely to be broken again in my view supported by a key technical pattern. Current daily price action mimics an ascending triangle, which traditionally points to a top breakout. What makes this situation tough to call is the fact that a breakout may not lead to further upside due to FX intervention, so it will be interesting to see if Japan re-enters the FX markets for a second time this year.

IGCS shows retail traders are currently online SHORTLY on USD/JPY, with 77% of traders currently holding short positions (at this writing). At DailyFX we take a contrarian view on sentiment, suggesting a bullish bias.