Britain’s Brent Crude Oil has played along with WTI to the low since March 2022. This is where price peaked this year at 133. Brent Oil has its worst week and month since the September drop, as it fell 15% to now in november. This weakness is supported by negative sentiment as demand is still an issue and as the Covid situation worsens in China. 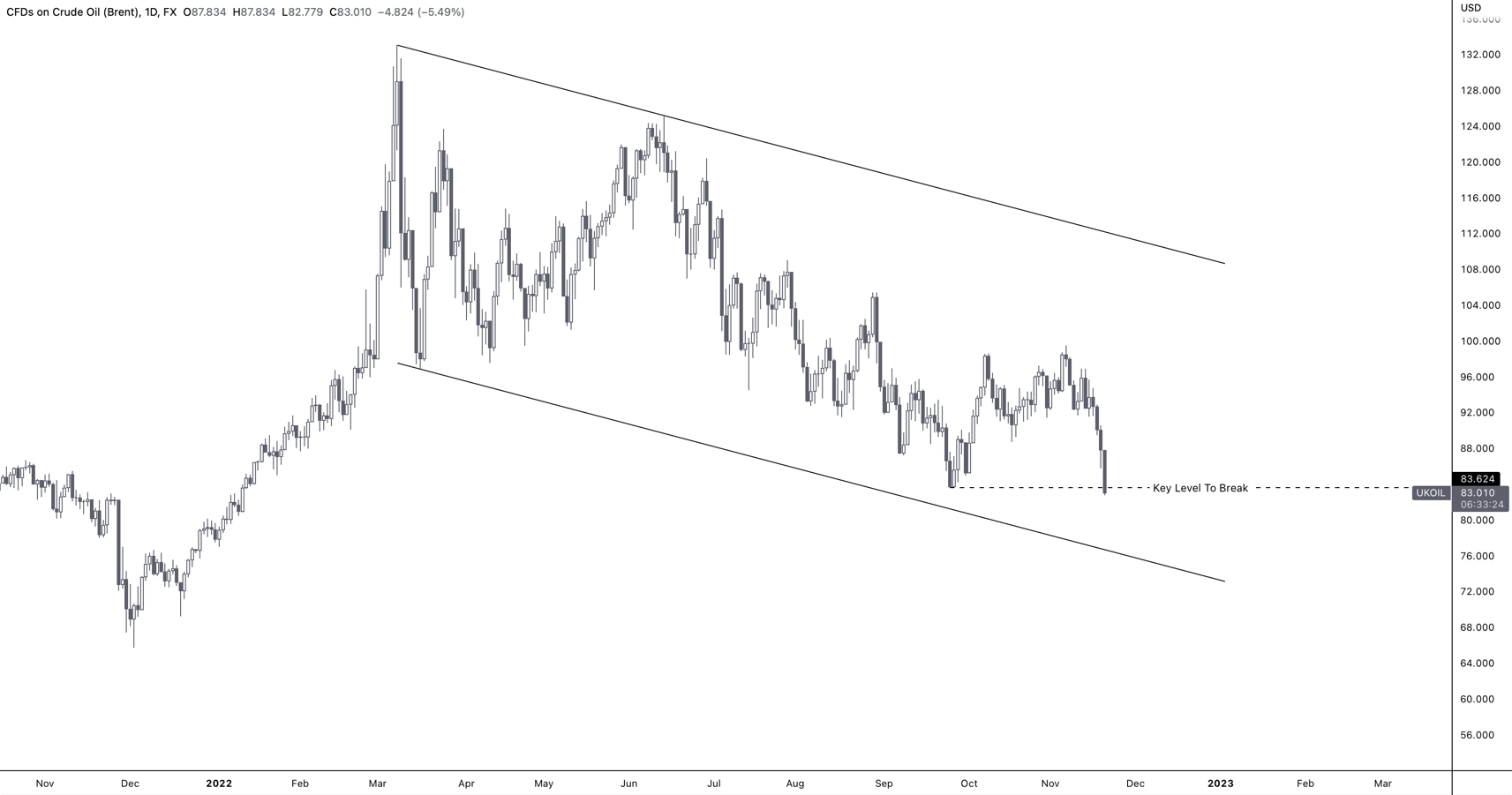 The key level at 83.770 has broken through, which has formed, which must break to confirm a continuation to the lower side, which would push price into the lower limit of the descending channel. The question remains whether price will respect that lower limit or not.

In terms of momentum, the 14-day RSI remains within bearish territory. The MACD Moving Averages crossed over and fell into the bearish MACD territory. 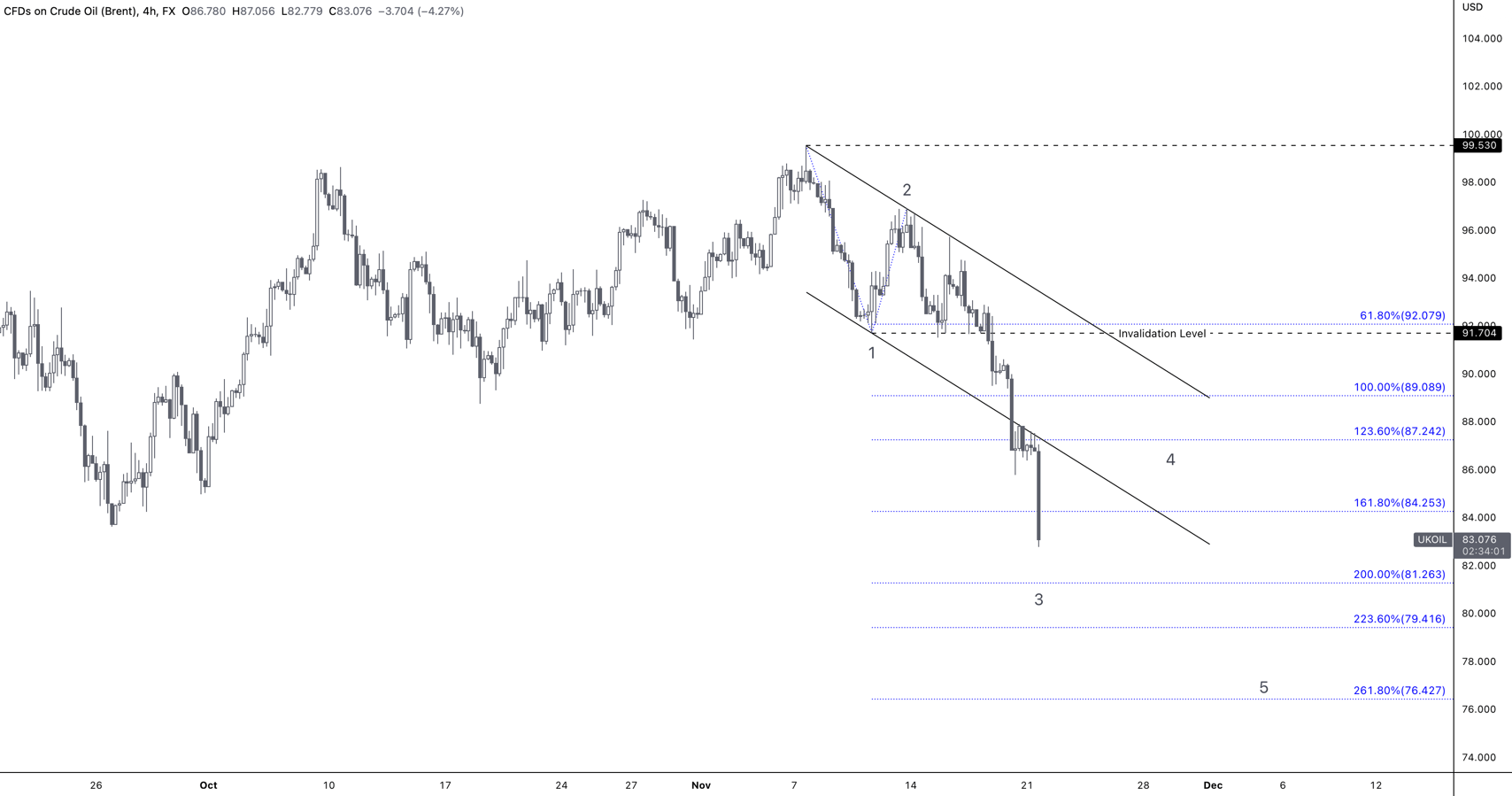 Zooming in a bit further, I can see that the price is Brent Crude Oil is forming a 5-wave impulse wave to the downside from the November 7, 2022 highs at 99.530, so, a further move down is still on the cards for to complete the bearish sequence. Wave 3 seems to be currently in play and has reached its most common Fibonacci target at 1.618% extension of wave 1.

It wouldn’t be a surprise if a short-term correction in wave 4 can happen anytime with an invalidation level sitting at 91.704. If wave 4 were to go into the territory of wave 1, this current 5 wave impulse wave would no longer apply.

What is Forex Risk Management? Learn the Basics