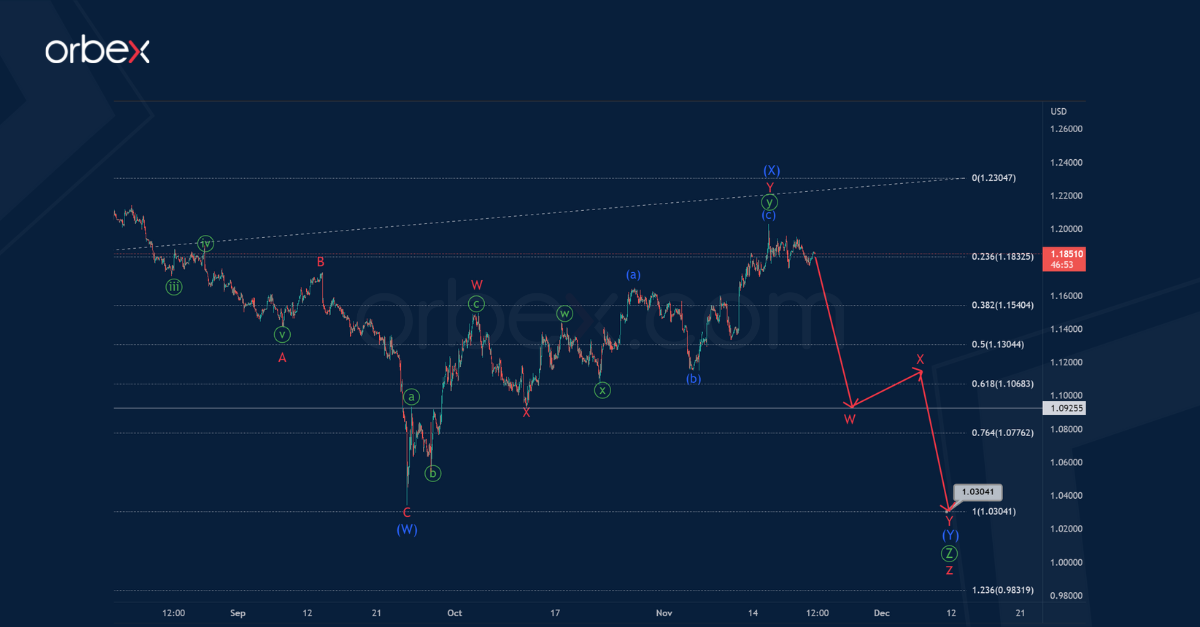 On the 1H time frame, we see the final action wave z of the cycle degree.

The z wave most likely takes the form of a primary triple zigzag Ⓦ-Ⓧ-Ⓨ-Ⓧ-Ⓩ. It is possible that a bearish trend is currently developing in the primary wave Ⓩ, which may complete its intermediate double zigzag pattern (W)-(X)-(Y) near 1.030.

The end of the first action wave W is expected at a minimum of 1.095.

At that level, wave Ⓩ will be at the 100% Fibonacci extension of previous action wave Ⓨ. 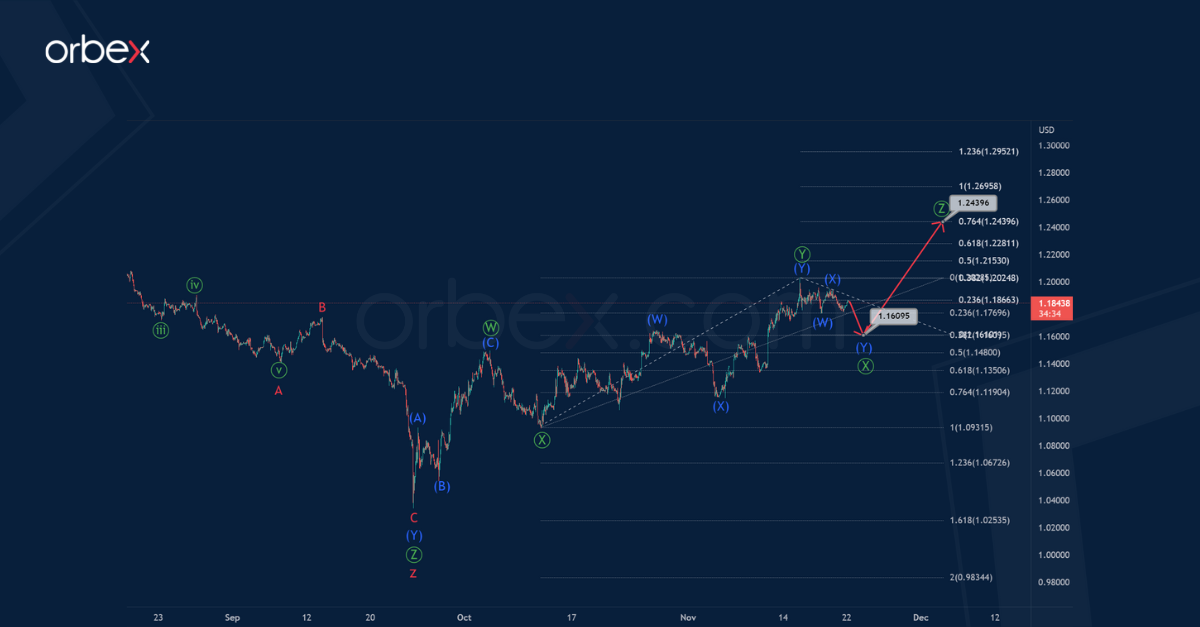 Alternatively, it is assumed that the cyclone z could be fully completed, it has the form of a primary triple zigzag, as assumed above.

Thus, in the last section of the chart, we see that the bulls have started to move the price in a new trend.

Perhaps the primary triple zigzag develops Ⓦ-Ⓧ-Ⓨ-Ⓧ-Ⓩ, where the first four parts have already formed. The end of the second intermediate wave Ⓧ is expected near 1.1609.

Then the market participants are expected to form the final action wave Ⓩ. Most likely, it will be at 76.4% of wave Ⓨ, and will end near the level of 1.243.

Test your strategy on how the GBP will do! Open your Orbex Account and start trading now.