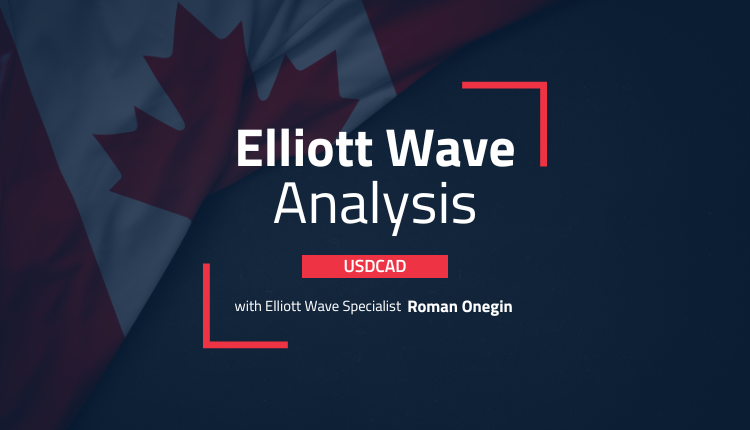 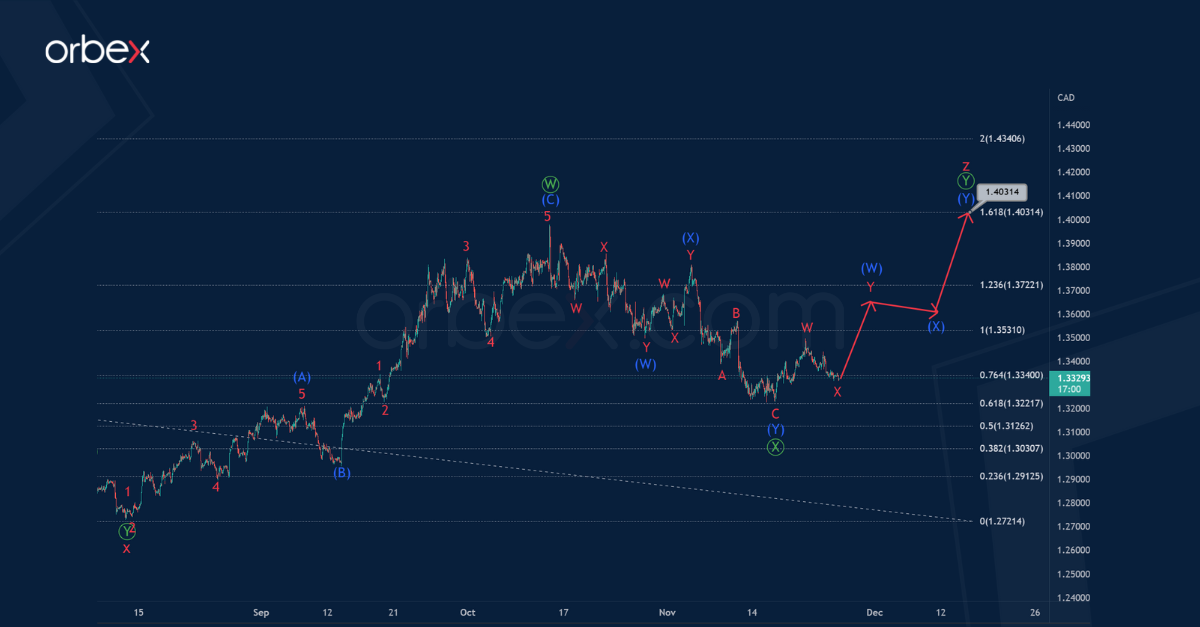 The current time frame of USDCAD shows the internal structure of a large corrective pattern. This most likely takes the form of a triple zigzag wxyxz cycle.

The first four parts of this build have been completed. Now the final action sub-wave z is being built. The z wave takes the form of a primary double zigzag Ⓦ-Ⓧ-Ⓨ. 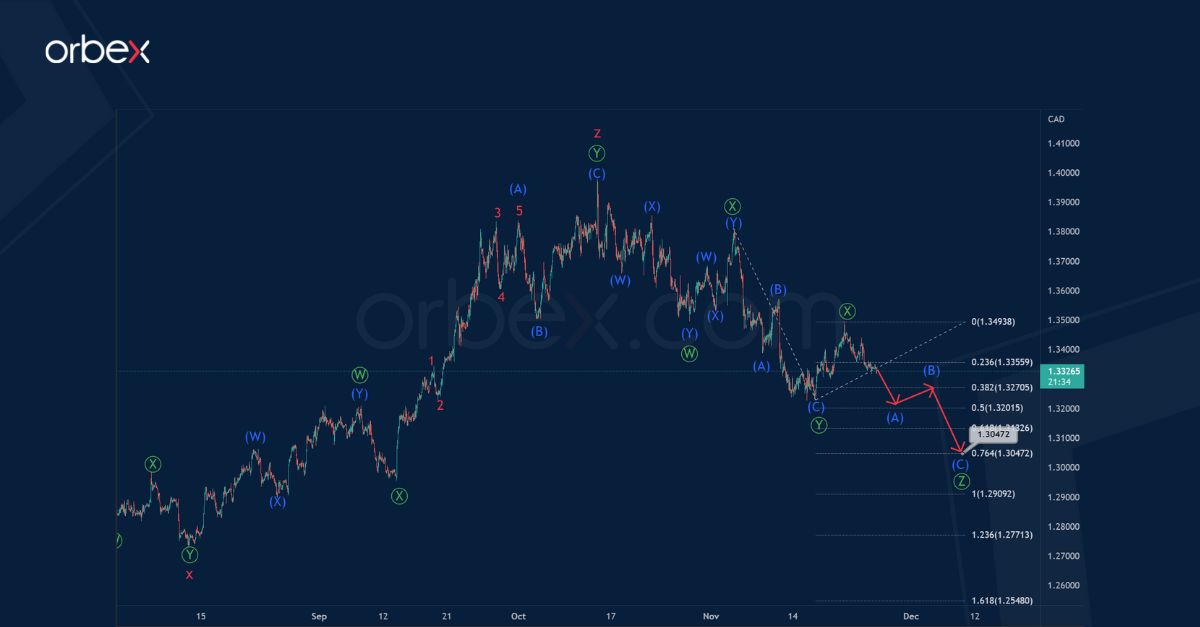 Let’s consider an alternative scenario. According to this, the formation of a triple zigzag cycle could be fully completed. Therefore, the initial part of a new bearish trend is formed.

The construction of a primary triple zigzag Ⓦ-Ⓧ-Ⓨ-Ⓧ-Ⓩ is the beginning of a larger correction pattern. It is likely that the primary waves Ⓦ-Ⓧ-Ⓨ-Ⓧ have already ended.

How do you think the CAD will do in the coming weeks? Open your Orbex account and trade now!

Roman is an experienced analyst who has been studying the financial markets since 2008, specializing in various types of technical analysis. Since 2012, his main focus has been Elliott Wave analysis, a skill he has perfected thanks to years of research and practice as an active EW trader. Roman shares his daily EW analysis and trade setups exclusively on the Orbex blog.