The Australian Dollar surged to a 2-month high late last week as the US Dollar collapsed on the market’s perception of a change in Federal Reserve policy.

The short-term interest rate market will continue to price in a 50-bp surge at the December Fed meeting. This has not changed since the last meeting.

However, the market interpreted the minutes as a bearish tilt and the US dollar followed long-term Treasury yields lower.

Across the ditch, the Reserve Bank of New Zealand (RBNZ) re-accelerated its rate program, adding 75bp to its official cash rate (OCR) last Tuesday, which is now 4.25%. They have consistently risen by 50 bp before.

Their action followed a rise in inflation, with the latest print coming in at 7.2% year-on-year to the end of the third quarter. The bank has an inflation target band of 1-3%.

How to Trade AUD/USD

In contrast, the Reserve Bank of Australia reduced its hawkishness. They raised the money rate by just 25 bp at the October and November monetary policy meetings to reach 2.85% currently.

This is instead of 50 bp they did in June, July, August and September. The latest inflation data showed an acceleration until the end of the third quarter. The RBA is now dealing with 7.3% annual interest rates. The bank has an inflation target of 2-3%.

The relative dovishness of the RBA compared to the RBNZ saw AUD/NZD slide to an 8-month low.

The RBA seems to be comfortable that they have inflation under control. The Fed had similar thoughts until the end of 2021 and is looking at a “Volcker-style solution” where the economy must slow significantly to contain inflation.

In the coming week, the Australian Bureau of Statistics (ABS) will release its first monthly CPI number. There will be two such releases between the quarterly figures. This print will cover 62-73% of the weighted quarterly basket. More details can be read here. 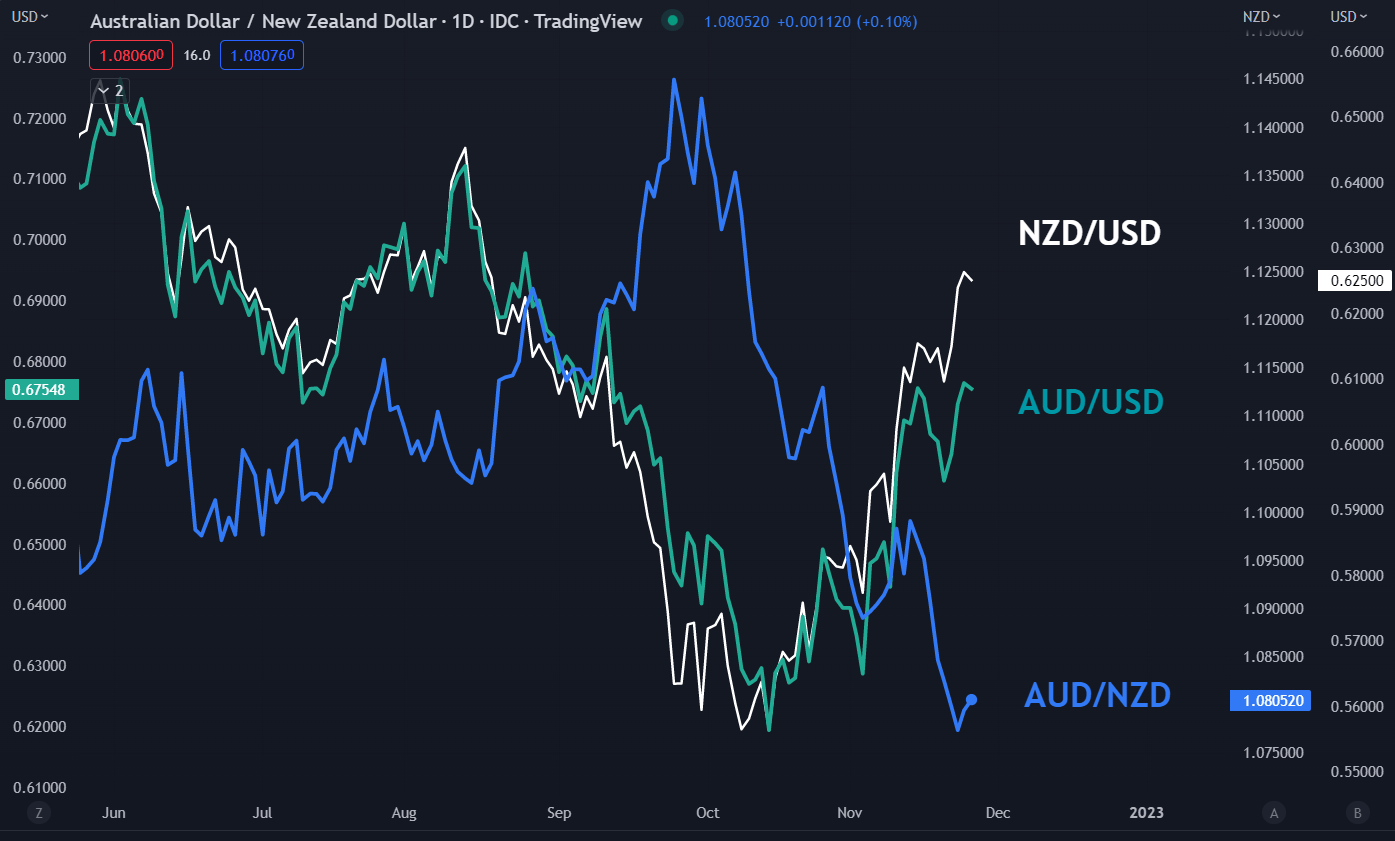