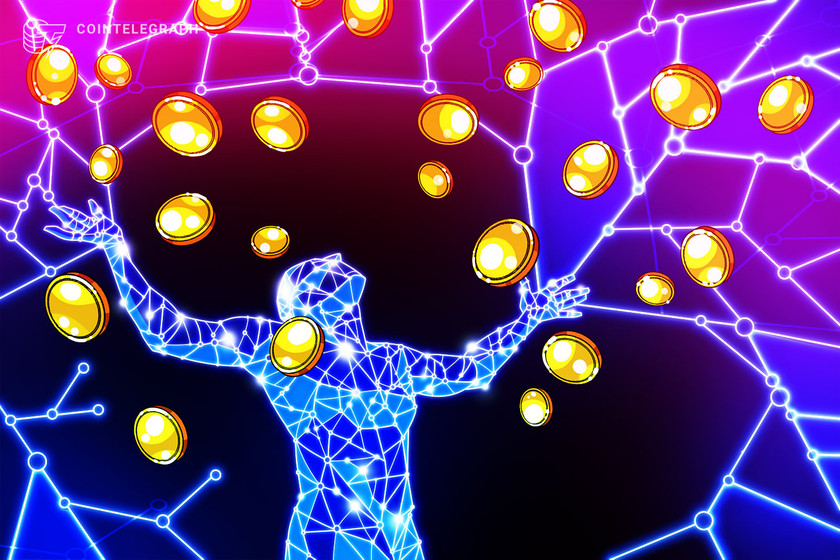 When new technologies and platforms are created, there are incredible discovery phases in which economic activity finally picks up and begins to take shape. The metaverse is probably in that discovery phase, with many entrepreneurs finding ways to earn passive income on it.

What is the metaverse?

Before digging into passive income opportunities in the metaverse, it is first important to analyze what is actually there. The term “metaverse” has been one of the most popular buzzwords in the Web3 space for the past few months, as millions move in digital economies focusing on it.

The word “metaverse” comes from Neal Stephenson’s 1992 cyberpunk science fiction novel Snow Crash. In the Web3 space, the term is used to describe a digital world where people actually own the assets within it.

The metaverse differs from past digital worlds, such as those created in video games, through the use of non-fungible tokens (NFTs). These unique blockchain-based tokens can be freely exchanged by users but cannot be duplicated or copied. What can be done in the metaverse is still being explored, but so far, real businesses have been created within these metaverses.

Another defining characteristic of the metaverse is interoperability. Virtual worlds like that of popular video game Roblox could be considered metaverses, but unlike the new, blockchain-based iterations, players do not exercise control or ownership over their assets.

Various companies have moved into the metaverse, with Walmart apparently preparing to enter the space, while fashion brands such as Ralph Lauren and Gucci have signaled that virtual clothing could be a major growth area for them. Companies are entering the space because it is growing rapidly and is expected to become an $800 billion industry within two years.

Given the potential size, earning passive income in the space could be a great opportunity. Taking advantage of passive income opportunities may be easy for those already deep in the metaverse, but how long each opportunity will allow entrepreneurs to earn is not clear.

Renting land from a metaverse

One of the most well-known ways to earn passive income in the metaverse is to own property in it and rent it out. Metaverse platforms like Decentraland and The Sandbox let users rent out land for a fee to others.

Currently there is not much data on what kind of income metaverse owners can expect, as that information is not widely shared. However, it is known to be an attractive market as companies look to host events on the metaverse.

“Metaverses create an abstraction of real life, where there is a living virtual economy in the game that is not locked and confined to the digital domain, but instead extends outside of it; these are real and valued assets, having value outside the digital realm.”

According to Sinelnikov, the economies seen within metaverses like Decenraland and The Sandbox affect the “larger and real world of DeFi. [decentralized finance] ecosystem”, allowing more interoperability.

Another way to earn passive income in the metaverse involves renting assets, as some users may not want to directly buy expensive NFTs.

One well-known example of NFTs being rented out to other users to earn passive income comes from the popular game Axie Infinity. The game is based on NFTs called Axes which were, at one point, quite expensive when the popularity of the game exploded during the bull market.

In the game, Axies were necessary to compete and win rewards in the form of Smooth Love Potion (SLP) tokens. Players who couldn’t afford Axies would get them from so-called team leaders in exchange for some of the SLP tokens they managed to earn. The managers, in essence, earned passive income from their Axes, as other players – called scholars – used them to earn rewards. The practice was so popular that some “scholars” in Venezuela made a living from rented Axes.

Other metaverse assets can be rented, depending on the platform. Sinelnikov commented that lending, leasing and fractionalization of assets are interactions that have already developed on the metaverse, with the best part about them being that “no single provider can limit the usage or control the market, because the assets belong to you and not a. individual supplier.”

Some NFT artists have earned substantial royalties through the secondary market when their creations are traded between collectors. The same type of interaction is possible in the metaverse.

Prakash Somosundram, co-founder and CEO of blockchain game launchpad Enjinstarter, told Cointelegraph that “any wearable creator can earn royalties when the assets they create are sold on the secondary market.”

John Burris, head of strategy at metaverse program IMVU, told Cointelegraph that the metaverse is “full of opportunities to win,” stating that while some metaverse worlds are game-winning and others “host gig-like economies,” almost everyone they offer creation and sale of objects:

“With blockchain and NFTs we have finally unlocked a true ownership and royalty model where royalties can and will continue to flow back to the original creator, providing well-deserved passive income as those items change hands.”

According to Burris, the metaverse “serves as a great way for people to make money, no matter who they are, or where they’re from, in the real world.” The ability to create, own and sell goods, he said, opens up opportunities for people that they wouldn’t get otherwise.

Gaming is one of the biggest use cases of the metaverse, with most metaverse worlds either entirely focused on gaming or having a large portion of users focusing on it. Some involve gambling, while others generate their income in other ways.

Decentral Games’ ICE Poker virtual casino is one of the most popular metaverse gambling operations out there and because it is based in the metaverse, many of the costs that traditional casinos have are not present.

Other games, however, have nothing to do with gambling at all. Some generate income through asset sales, secondary market royalties or donations. Roderik van der Graff, the founder of global investment firm Lemniscap, told Cointelegraph that one of the company’s portfolios launched a tower defense game to generate revenue through the metaverse.

The game is called Spark Defense and allows users to “monetize their land and complete quests to collect, earn and own NFTs that they can use throughout the game,” van der Graff said.

Our final way to make passive income in the metaverse is through ads. Putting up large billboards in popular places can attract advertisers looking to attract the attention of the crowd to sell their products or services, whether these are in the metaverse or outside of it.

Finding advertisers for these billboards can mean that the income is not entirely passive, because once a campaign ends, an advertiser may lose interest and the billboard may have to start looking for someone else to rent.

In fact, most of the options above probably require some involvement from the contractor. Then again, true passive income doesn’t really exist, because even the most passive investments need to be monitored from time to time.

Is passive income in the metaverse worth chasing?

If the income generated is not entirely passive, some may consider it not worth pursuing, due to the downsides. According to Burris, disadvantages include engaging in speculation and dealing with the volatility of the cryptocurrency space, as most transactions are made in either NFTs or crypto tokens:

“There are important users and creators who are looking to generate income in the metaverse, examine the platforms and metaverses they use, and look at the product as a whole. Is the team experienced? Is the metaverse active? Can it sustain itself through economic downturns?”

Somosundram said the sustainability of an income stream “depends on the success of the specific metaverse and/or game where you generate your passive income,” which can often mean moving on to another venture.

It’s also worth pointing out that entrepreneurs can end up betting on a metaverse world that is later abandoned, making their investment worthless because every passive income opportunity in the metaverse depends on heavy traffic.

On the bright side, Somosundram said passive income from the metaverse is “a great means of diversification alongside traditional financial instruments,” and there may be a rapidly expanding number of opportunities out there as the metaverse industry grows.

Since exact figures are not widely shared, it is up to entrepreneurs if they want to bet on the metaverse and start building their revenue streams on it or if they prefer to focus their attention elsewhere. Those who risk making it in the metaverse may have to innovate to stand out, however.

Doing it in the digital world

While renting a property or a digital billboard will not require significant innovation, some of the more productive earners are taking different approaches. Somosundram told Cointelegraph the story of a Singapore-based entrepreneur who created a GameFi guild that built a pool of assets to rent out for a fee.

In another possible example, he pointed to tattoo artists using a service to “make wearable tattoo art that generates passive income from the secondary market royalties.”

Recent: After FTX: Defy can go mainstream if it overcomes its flaws

Burris noted that on the platform he represents, there are “over 200,000 active creators, selling over 350,000 new items every month.” He stated:

“As more and more people spend their time in virtual worlds, and start to look at it as a way to earn a living, it is important to have both passive and active income opportunities – just like in the real world.”

Whether entrepreneurs want to move forward with passive income ideas for the metaverse, it is worth pointing out that there are no guarantees that the time or money invested will generate returns, as the space is constantly evolving.