According to a new report from ADP, the US private sector created 127K new jobs in November – the lowest since January 2021 and significantly below expectations (196K) and past data (239K). The accompanying commentary says that the labor market and wages have already begun to be affected by the Fed’s policy tightening, and fewer people are quitting. These are probably signs that people are seeing less lucrative jobs.

Although the ADP reports earlier this year methodically turned out to be sharply weaker than the official data and were later revised upwards, this time they complete the picture that the weekly jobless claims paint. There has been a spike in initial and repeat jobless claims for many weeks, as often happens before economic cycles turn. 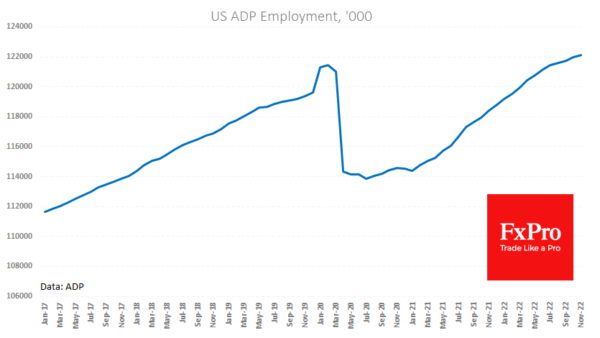 By sector, manufacturing fell by 100K, while the number of employees in professional services fell by 77K. Strong increases were recorded in leisure / hospitality (224K) and business (62K). 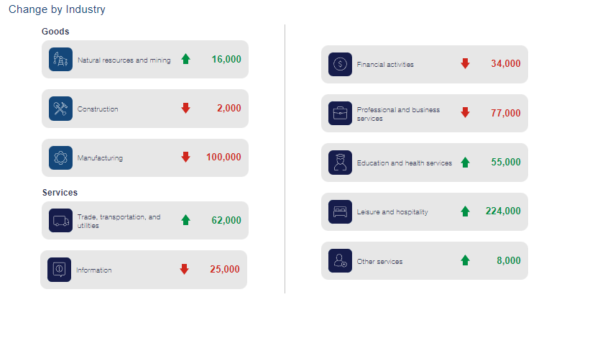 Today’s labor market data from the ADP should be seen as a warning signal ahead of the official data on Friday. According to the market logic of the last few weeks, weakness in the data should cause the dollar to weaken, suggesting that the Fed will increase less aggressively and stop at a lower level. However, given the FOMC’s determination to fight inflation expectations, even such data may be needed.

It would probably make sense for investors and traders to take note of the numbers, but refrain from taking any active steps, at least until the Fed’s position, which may be announced later today by Powell or the Beige Book, is clarified. But there could also be a lack of strong market moves until Friday’s NFP.